It was in 2018 that Nandita Roy and Shibhoprasad Mukherjee’s innocent and refreshing tale headlined by child actors in the 2018’s hit film Haami won positive reception from the critics as well as ushering and unexpected Box Office success.

Owing to the phenomenal love to the film, the makers have now announced the sequel titled ‘Haami 2′, releasing in 2021.

Starring Shibhoprasad Mukherjee, Gargi Roychowdhury and the adorable child performers Broto Banerjee, Tiyasha Pal, Abhiraj Karan who turned into overnight sensations, Haami depicted the innocent tale of two friends and the exploration of friendship against the backdrop of judgments and perceptions of the adult ideology.

The story revolves around the two friends whose pure friendship is subjected to their parents’ judgements, resulting into scandalous consequences for the kids’ school.

The sequel, ‘Haami 2’ will also introduce new faces in addition to Shibhoprasad Mukherjee and Broto Banerjee.

The movie enjoyed a houseful run at the theaters for 60 consecutive days and is regarded as the biggest blockbuster of 2018 in Bengali cinema.

With an IMDB rating of 8/10 to its credit and enjoying a theatrical run for 100 days, ‘Haami’ also earned the highest BARC rating (824) after the television premiere.

Nandita Roy and Shiboprosad Mukherjee’s Windows is recognized for delivering content-rich films which have curved an inimitable niche not only within the Bengali diaspora but across India. 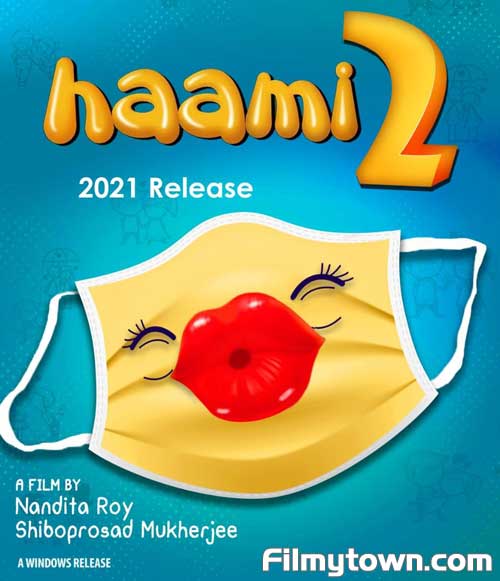 The girl who made her acting debut with...
Latest News New Talent Top Stories

Dark7White cast spills the beans about their show just before its release!

“It is a dream come true that a...
Latest News Music Top Stories

MUBI is a curated streaming service with an...
Features Latest News Music OTT