While inaugurating the India Pavilion at Cannes Film Market ‘Marche du Film’, Union Minister for Information and Broadcasting Shri Anurag Thakur announced Incentive Scheme for Audio-Visual Co-production and Incentive Scheme Shooting of foreign films in India that are aimed at unleashing the potential of Indian media and entertainment industry. The Minister released the official poster of 53rd edition of International Film Festival of India at the India Pavilion.

Talking about the aspects of the incentives Shri Thakur informed that for official co-productions, international film production companies can claim a reimbursement of up to 30% on Qualifying Expenditure in India subject to a maximum of INR 2 crore. Foreign films shooting in India can claim an additional 5% bonus up to a maximum of INR 50 lakhs (USD 65,000) as additional reimbursement would be granted for employing 15% or more manpower in India. The schemes will provide an impetus to, global collaborations with India and attract investment from foreign film makers and help promote India as a filming destination, the Minister said at the Cannes Film Market.

How far can a father go… for his daughter’s happiness? 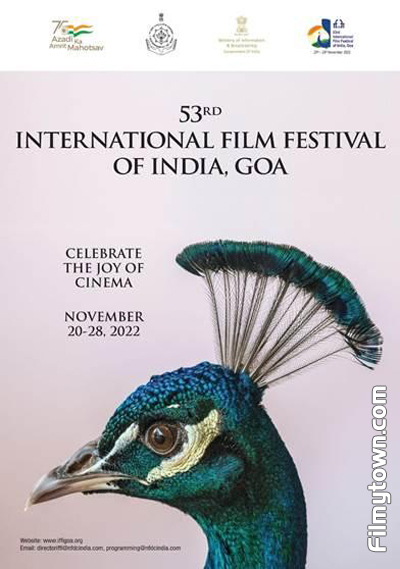 Indian cinema is undergoing a paradigm shift as “Over the last few years, the streaming revolution has taken the country by storm, and the popularity of digital/ OTT platforms has changed how films are created, distributed and consumed. Consumers of global and Indian cinema have more choice than ever before”.

Speaking on the strong intent of Government to make India a favourite filming destination, Shri Thakur said, “We have a strong intellectual property regime, and the digital medium now complements the other more established modes of consumption and dissemination such as theatres and movies. This has brought about a democratisation of consumer choice like never before, and our government is intent on preserving this via support to the creative industries.”

Speaking on the occasion at Cannes Film Market actor Ms Tamanna Bhatia said that India has contributed to the global film industry for many years and now in 75th year of independence the partnering of Cannes Film Festival with India is truly iconic. Actor Nawazuddin Siddiqui added to the sentiment saying that India is a land of many stories and these stories from grassroots are worthy of global prominence. Actor Deepika Padukone commented that this was a proud moment that India was the country in spotlight at Cannes on 75th anniversary of independence, adding that Indian cinema is at the cusp of greatness and this achievement at Cannes is only a beginning.

Shri Shekhar Kapur said India was a land of stories and now Indian culture will become a predominant culture in cinema as the west plateaus. Shri Prasoon Joshi extolled that film making needs to become so easy a process that budding filmmakers from the smallest of towns feel empowered to turn their vision to reality.

At a recently held grand event at Atria...
Features Lifestyle

Get ready for an evocative experience with delicious...
Events Features Latest News Lifestyle

Amit Jadav is the only artist who sings...
Features Latest News New Talent

Having experience of over 3 decades and having...
Latest News New Talent Top Stories