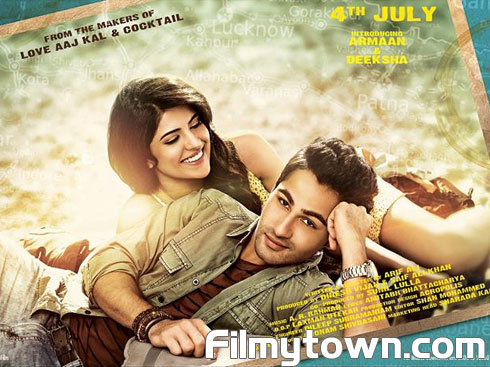 College mates Dino and Karishma want to live life on their own terms. Set in uber cool south Mumbai – we follow the lives of – Dino (Armaan Jain) and Karishma (Deeksha Seth) – their lifestyle and attitude- both are young and restless, frocklining around the city and painting town red with friends. Lekar Hum Deewana Dil - movie review... When their exciting lives gets jolted with the pressure Karishma’s family is piling on to getting her hitched, she and her rebellious best friend, Dino, realize that its them who are in fact ‘made for each other’. Being the rulers of their destiny, they elope to forge a lifetime of love, fun and freedom. But they are yet to learn that life isn’t that simple. And sometimes who you love the most can become the biggest problem. Something amiss here, as today's collegians if ever they think of eloping, plan out more realistically speciall ....
Read More 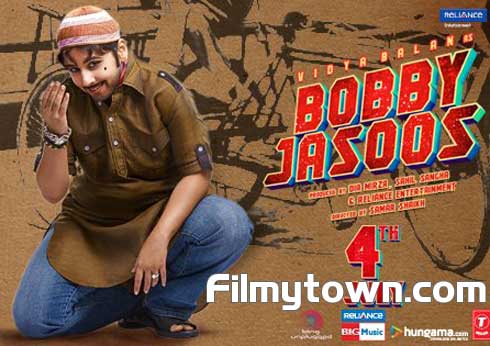 Bobby aka Bilkish (Vidya Balan) in the guise of a Durvesh, spying on her childhood friend is the opening scene in the film. Her friend is having an affair with the local goon aka Lala ( Arjun Bajwa – restrained performance). Bobby Jasoos movie review. Bobby Jasoos is a film that celebrates the aspiration of Bobby, who wants to become the number one detective in the old city area of Hyderabad. The film is directed by Samar Shaikh, produced by Dia Mirza and Sahil Sangha. Bobby has a penchant for disguise and big dreams as she wants to be a Jasoos, but as luck would have it she is not able to go beyond spying on youngsters and snooping around for the locals and breaking engagements for a small fees , she wants to be an ace detective but ends up being ACE VENTURA . Until one day a mysterious big shot Anees Khan (Kiran Kumar – good to see the veteran back on screen) in his swank ....
Read More 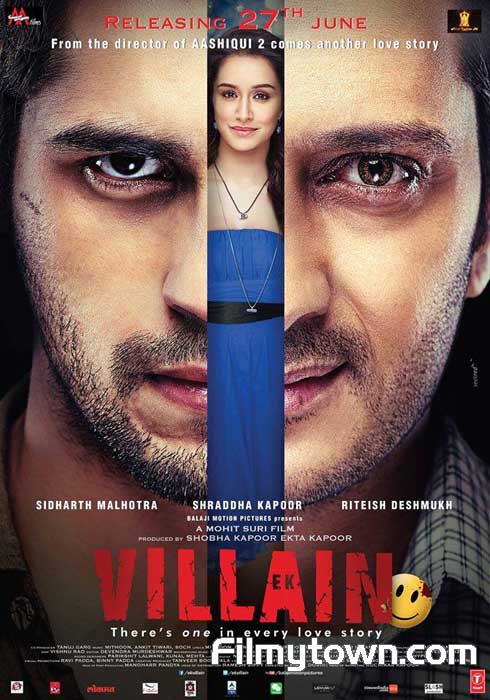 An action-romance film directed by Mohit Suri featuring Sidharth Malhotra, Riteish Deshmukh and Shraddha Kapoor as the pivotal characters in this violent film apparently based on a Korean film. (Ek Villain - Film Review) Guru (Sidharth Malhotra) is a quiet, tough and ruthless boy, working for a local don, Prahlad. Guru has a dark past and its disturbing, recurring memories refuse to let Guru lead a normal life day in and day out. While being interrogated at the Police station, he gets the first glimpse of a sweet looking girl, Aisha (Shraddha Kapoor) and more than him it is Aisha who is intrigued, impressed with his persona. Aisha is the talkative, ‘ek joke sunoge’ types (which is a bit too much to bear at times). Aisha persuades him to do a favour for her, and in the process, he realises the happiness and joy of doing something good for other. He falls in love with her, his ....
Read More 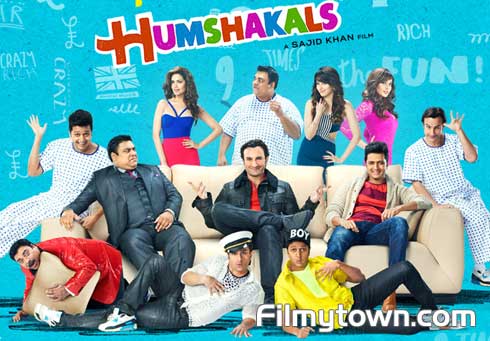 3 heroes in triple roles, with a promise of 9 times more fun (3 x 3), Humshakals the latest offering from director Sajid Khan, makes us re-think about Himmatwala (his last outing), though a remake, atleast had some substance and soul in that film. What could have been an iconic film, the attempt fails miserably right after 15 minutes in the film. Sajid Khan has a fetish for UK locations, throwing punches at the royal family, and this one ends up as a pitiable extension of Houseful 1 and 2 which were far better comedies from the director. The story is very short and simple (in fact there is no story, plot or screenplay at all). A conniving uncle of a young tycoon Ashok is keen on grabbing the riches and properties of this innocent nephew. Ram Kapoor is the uncle aka KANS and his nephew is Ashok (Saif Ali Khan). Ashok is seen all throught with Kumar (Riteish Deshmukh), his friend ....
Read More 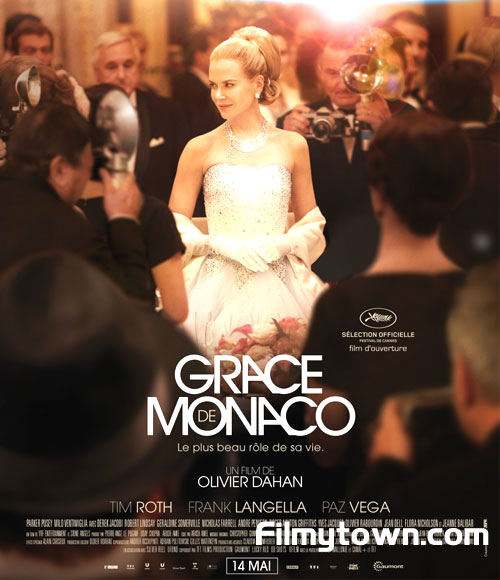 The opening film at Festival de Cannes was greeted with mixed reactions from critics. Produced by YRF Entertainment and Stone Angels, GRACE OF MONACO is a biography film about the life of Grace Kelly, the Academy award winning actress who married to the Prince of Monaco. On the brink of stardom, Grace Kelly leaves aside her successful career as a Hollywood actress to marry Prince Rainier of Monaco in 1956. Grace Kelly, post her marriage with the Prince of Monaco, has been out of the US for a considerable time. She has given up her Hollywood career and she now has kids to care and manage other issues in this tiny kingdom. There are troublesome times when she finds it difficult to cope up with this royal lifestyle and its traditions, this is where she is often guided by Tucker (Frank Langella) a priest seeking his advice in diplomatic issues and even to the extent of getting tips ....
Read More 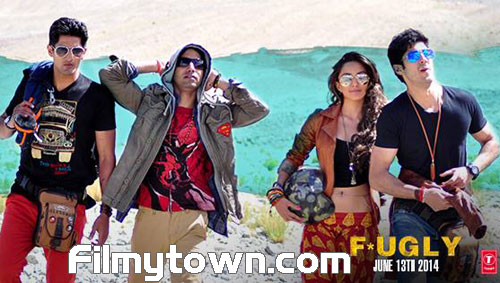 A story based on the life of Delhiites about their attitude. As usual they aren't scared of anyone, even to the extent of not paying any heed to the regulations of the police force. Habituated, they often tend to break rules off and on, which lands them in a bigger problem, leading to any consequences - for which they have themselves to blame. (Fugly - Hindi Movie review) "Fugly" is a story of four close friends Dev (Mohit Marwah), Devi (Kiara Advani), Gaurav (Vijendra Singh) and Arfi Lamba (Tatti). Here Gaurav is a son of politician (Hari Singh Ahalawat) who is instrumental in often bailing out his friends whenever they are in a ditch. Or in simple words 'saved' whenever they break any rules. Hence these four move around as 'tension free guys'. Complication arises when a Shopkeeper happens to touch Devi and she immediately conveys this to her friends. The usual guy theory, they ga ....
Read More 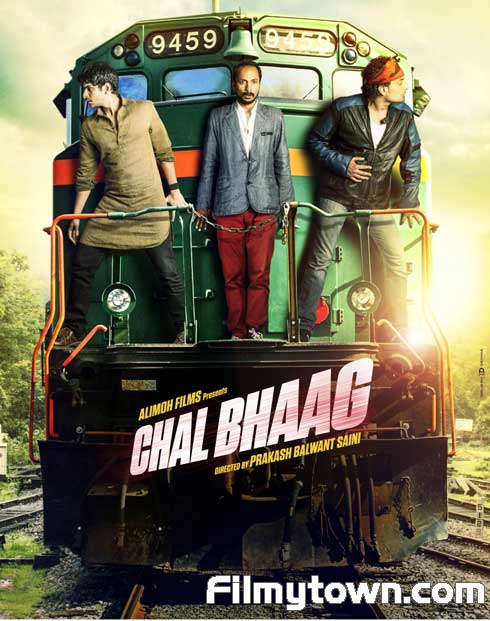 A wannabe new age quickie about Delhi underbelly with all the ingredients, like larger than life Dons, corrupt to the core Police Personnel (it seems the department has become a favorite whipping boy of one and all including any Tom Dick and Harry). Chal Bhaag - movie review. The movie begins with the murder of an ex-MLA, then the director goes on to establish the three protagonists. The First one, Munna Supari (Deepak Dobriyal) is a road-side tapori (smarty) showing off his razor wielding skills, and is a self proclaimed goon. Then there is a petty thief Bunty (Tarun Bajaj) who snatches chains for a living and gives them to his early sweetheart as if on a cue. The Third Guy Daler Singh (Varun Mehra), an outcast, is a bit of a mystery to himself, shown as a hungry tiger but across as a ‘touch-me-not’ with a heart of gold who follows his heart but is unable to convey his fee ....
Read More 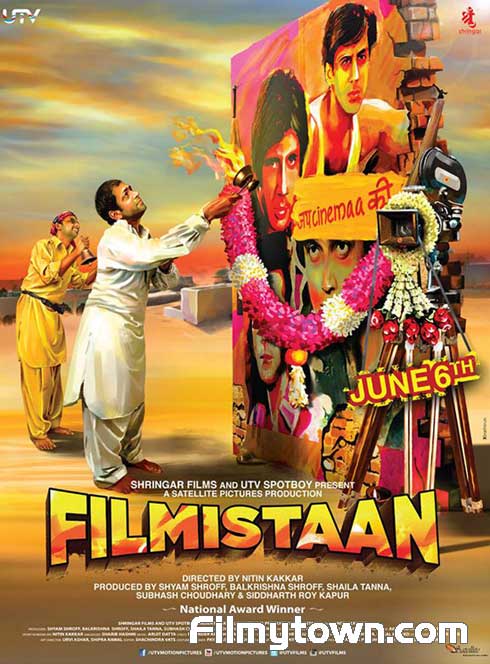 In Mumbai, an affable Bollywood buff and wanna-be-actor Sunny (Sharib Hashmi), who works as an assistant director, fantasizes on becoming a heart-throb star. However, at every audition he is summarily thrown out. (FILMISTAAN - Film Review) Undeterred, he goes with an American crew to remote areas in Rajasthan to work on a documentary. One day an Islamic terrorist group kidnaps him for the American crew-member. Sunny finds himself on enemy border amidst guns and pathani-clad guards, who decide to keep him hostage until they locate their original target. The house in which he is confined belongs to a Pakistani Aftab (Inaamulhaq), whose trade stems from pirated Hindi films, which he brings back every time he crosses the border. Soon, the two factions realize that they share a human and cultural bond. The film shows how cinema can be the universal panacea for co-existenc ....
Read More 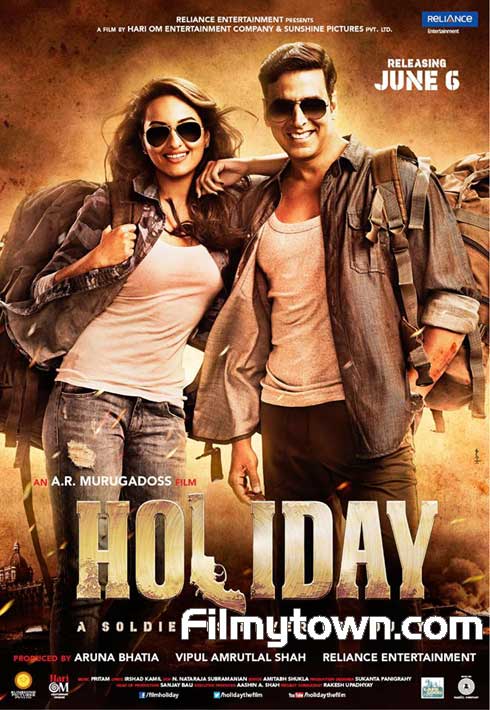 Holiday begins with a weak introduction where a family is waiting at the station for the hero to return home from his posting at the front. A train load of soldiers arrives and out hops Captain Virat Bakshi (Akshay Kumar), an army man who is back home to Mumbai for his holidays. It seems that the director A. R. Murugadoss, had a drought of ideas as this itself was presented on the pretext of lack of auspicious occasion and so was the introduction of the heroine Sahiba (Sonakshi Sinha). Immediately, on his arrival, his family takes him to see a bride, but he instantly feels the girl is too soft and an introvert. He is wrong, as sometime later, he finds out that she is actually a boxer and he is impressed. He is now fond of this girl, and with help of a friend (a police man – Sumeet Raghavan), he woos the girl. The game begins when due to ....
Read More 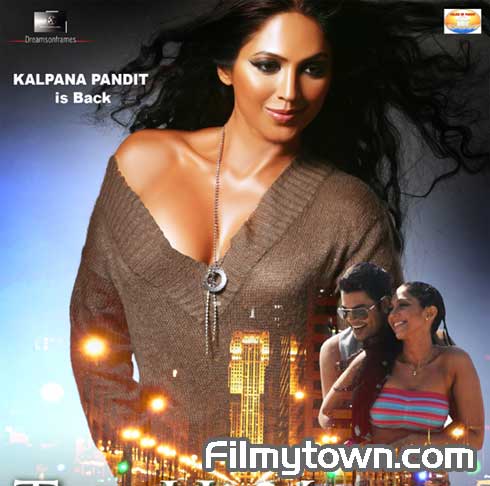 Shiva (Ganesh Venkatraman) is a software engineer, in love with medical student Meera (Shobana). Meera’s Father Rajaraman (Thirumudi) is a don who taken law in his hands to provide justice. Tum Ho Yaara is a love triangle-cum-thriller starring Ganesh Venkatraman, Kalpana Pandit & Shobana, directed by Natty Kumar & Dr. Jay while J. Shiva is a witness to a crime, which he comes to know that his girl friend's father is the perpetrator. Shiva is planning to go to the US for bright prospects and so Meera is keen that before he departs, Shiva should meet her father and ask for her hand. On meeting the girl's father, Shiva instantly recognizes Rajaraman, who does not like Shiva. Taking advantage of the fact that Shiva is in love with his daughter, the father challenges Shiva saying that once he is in the US, he will forget Meera after 2 years since he would not be having any contac ....
Read More
« 1 2 3 4 5 … 8 »