The upcoming Bollywood film BUNKER is inspired by the soldiers who safeguard our country’s borders, and it has been widely applauded at several international film festivals. Director Jugal Raja’s Bunker depicts actor Abhijeet Singh playing Lieutanant Vikram Singh as the lone survivor with a fatal injury in a secret Bunker at the Line of Control in the Poonch sector of… 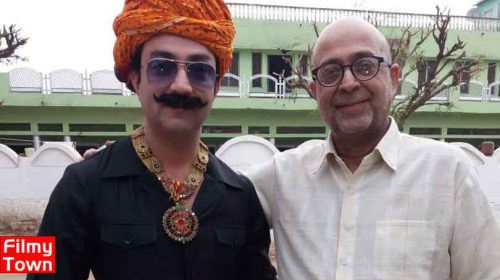 There is a likelihood that writer-director Gurjar Aarun Nagar’s RISKNAMAA could be banned purely due to its shockingly-bold subject. Gurjar Aarun Nagar’s previous outing with GUJJAR AANDOLAN which was about the Gujjar agitation had met with heavy criticism by the patriarchal section of the society as it dealt with the outdated practices of the administration. Unperturbed by the criticism, Gurjar… 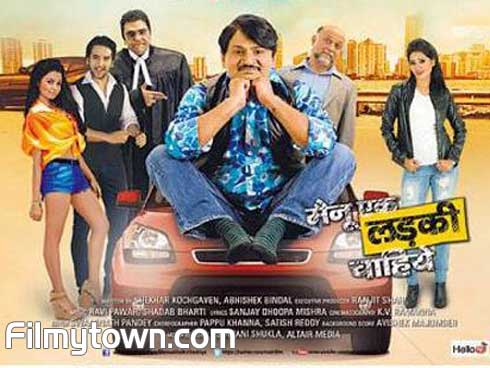 A qualified lawyer Govind (Raghubir Yadav) finally gets his first legal case after a lot of difficulties even though Govind’s father is a renowned lawyer. Meinu Ek Ladki Chaahiye - movie review... Govind, a jovial person does everything to save the accused. It’s during the investigation that Govind and Shishupul (Puru Chibber) come across some startling incidents. Shishupal is a romantic and energetic young blood who teams up with Govind to fight against the injustice. Harshita is Govind's dedicated wife, a loving mother and a principled woman. She leads a happy life but her world is shaken up by an unfortunate incident. They have a daughter - Mishrita who is a fun-loving girl who's an obedient child too. she makes a decision of choosing her mother over her father. That was definitely one of the worst days of her life. Shishupal falls in love with a girl working at the f ....
Read More In Mumbai, an affable Bollywood buff and wanna-be-actor Sunny (Sharib Hashmi), who works as an assistant director, fantasizes on becoming a heart-throb star. However, at every audition he is summarily thrown out. (FILMISTAAN - Film Review) Undeterred, he goes with an American crew to remote areas in Rajasthan to work on a documentary. One day an Islamic terrorist group kidnaps him for the American crew-member. Sunny finds himself on enemy border amidst guns and pathani-clad guards, who decide to keep him hostage until they locate their original target. The house in which he is confined belongs to a Pakistani Aftab (Inaamulhaq), whose trade stems from pirated Hindi films, which he brings back every time he crosses the border. Soon, the two factions realize that they share a human and cultural bond. The film shows how cinema can be the universal panacea for co-existenc ....
Read More

In my childhood and one generation before me...
2020 Biography Movie Reviews OTT S

This was the first blockbuster hit in the...
Bollywood Retro Gems Drama K Movie Reviews Recommended

Aditya Sarpotdar To Direct ‘Zombivli’ Which Will Be...
Latest News Regional Top Stories Upcoming movies
Films that are just complete or in final...
Movies and web series streaming on the OTT...
movies123