Skip to content
You are here
Home > Latest News > Now they address me as an unbiased OTT Expert, says Girish Wankhede

Despite bagging more than 50 awards and now the prestigious Cotton City Excellence Kala Gaurav Award at the Cotton City International Film Festival 2021, the clear-transparent and down-to-earth Girish Wankhede humbly describes his work, “My karma is akin to an Usher in a Cinema Hall who guides the viewer to watch and enjoy entertainment.” 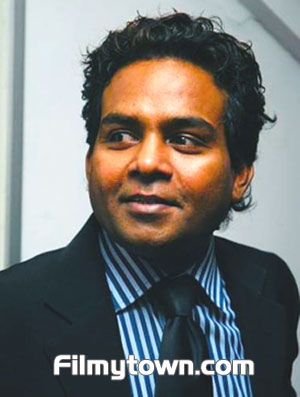 Being in cinema, multiplexes, exhibition, distribution and marketing in entertainment business for almost 2 decades, Girish Wankhede has just been felicitated with this award for his valuable contribution to Entertainment industry for excelling in his craft and for outstanding achievement which has made him an inspiration to many others.

With the theatrical cinema business almost at a standstill, Wankhede was one of the earliest experts to predict the upsurge of OTT Platforms. Being in exhibition, marketing and distribution of films, with his astute understanding of cinema, incisive research and balanced analysis he began reviewing the films on the OTT medium. He soon discovered that a lay person is now more confused about which film to watch and with several OTT platforms hitting the market, it became more complex for the viewer.

Hence Girish Wankhede launched his own YouTube Channel beginning with reviewing films on the OTT and follows it with a weekly programme segment named as WOR – Wankhede OTT Recommendations where he watches films on all the platforms and then select 6 titles categorizing them as Good, Better and Best. His channel now has an archive of over 52 titles with each of them picking up the best 6 titles of that particular week.

In addition there are 2 to 3 major REVIEWS of films/web series every week by Girish Wankhede and then a weekly SPOT ON section that has 3 best comedies on Netflix and that is genre specific.

One of the four shows he has on YouTube channel is a weekly Educational and informational KNOWLEDGE SERIES that has analysis and fundamental aspects of why certain film for example, why was it selected for national awards and covers issues regarding the film industry.

Among notable awards conferred to Wankhede are the mid-day Icon award, Tassel Youth Icon award and appreciation certificate by Maharashtra Dy Chief Minister R R Patil for his contribution towards Marathi film industry for holding Marathi film fest awards for 5 years. He has been named as OTT expert by the media with his quotes in almost all top dailies and publications like Forbes, Dainik Bhaskar, Times of India, Mid-day among others, regarding his views on OTT upsurge and periodic assessment of Bollywood industry.

What makes his review stand apart is that for instance, one picks up a review of a Malayalam film on women empowerment, he makes a mention of other outstanding films on women empowerment of foreign languages, Hindi films on the same subject and then a brief yet incisive profile of the director, cast and the subject of that particular film.