Filmy Town shares some pictures of John Abraham and Milap Zaveri from the sets of their upcoming movie Satyameva Jayate 2! 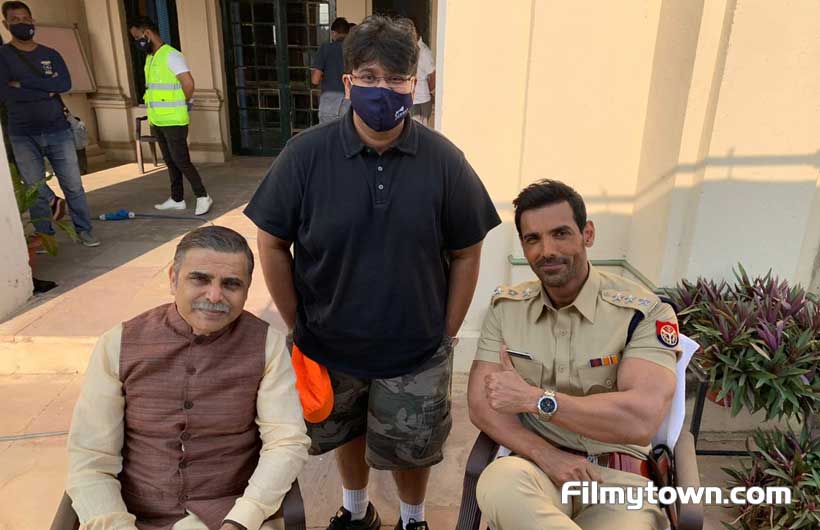 Satyameva Jayate 2, the film revolves around corruption in the police force and politicians who are hand in glove with the industrialists.

The lead character is fighting against injustice and misuse of the power entrusted upon the authorities entrusted upon them by the constitution of our country, but which has been misused by these powerful people.

The film’s backdrop is in Lucknow and Rae Bareli in Uttar Pradesh which has been in the limelight for several cases pertaining to misuse of authoritative power. John Abraham is again Virendra Rathod with Manoj Bajpayee as Shivansh Rathod.

Having started his career in direction with Jaane Kahan Se Aayi Hai, of which he is the writer too, Milap Zaveri then went on to write and direct Mastizaade, John Abraham starrer Satyameva Jayate which turned out to be a  super hit, Marjaavaan and now donning the part of the writer and director of Satyameva Jayate 2 which stars John Abraham and Divya Khosla Kumar in lead roles.

One of the most promising actors in the...
Features Latest News
movies123