Harshit Saxena is the music director of the upcoming film Sab Kushal Mangal for all the 5 songs in the upcoming with having sung for 3 of them. Bappi Lahiriji and Usha Uthupji have come together after 37 years for the title song of this romantic comedy drama which releases on 3rd of January 2020.

Filmy Town meets up this Singer Composer of the film Murder 2’s hit song ‘Haal E Dil Tujhko Sunata’ that was picturized on Imran Hashmi, which is the song which fetched Harshit Saxena several awards as a music director and shot him into national limelight.

“Every song is situation based which means that I have created each of the songs specifically as per demands of the situation in the film. Nowadays it is rare to have a single composer for all the songs in the film but I am fortunate to bag the film as a solo composer of all the 5 songs in Sab Kushal Mangal,” Harshit Saxena announces with a pride explaining that this could probably happen with him being a versatile music composer and a singer.

“Sameerji has written all the songs and then he along with the director Nitinji narrated me all the situations where I had to compose the songs. I provided them several choices for each of the situation. Most difficult song was the ‘Ta Thaiya’ which took me one month for composing its rhythm. I have also sung for 3 songs in the film – a folk song, the shaadi song, an item number, a romantic number, title song and finally the concluding song.

The item number, a romantic track and the ‘Ta ta thaiya’ are sung by Harshit Saxena, Bappi Lahiri and Usha Uthup have sung the title song whereas the folk song ‘Zamana Badal Gaya’ is sung by Sonu Kakkar and Harshit’s mother (who is singing her first song for a Bollywood film).

He has also been a solo music composer for Hate Story, Indra Kumar’s Super Nani and Harshit is also doing Utavle Bavle which is releasing mid next year. Punchamda (R D Burman), Laxmikant Pyarelal, Bappi Lahiri and Shankar Jaikishan are among his favourite music directors of the yester years.

Prachi Nitin Manmohan is the producer of the film and among its actors are  Priyank Sharma (Padmini Kolhapuri’s son), Reva Kishen (Ravi Kishen’s daughter) and director Karan who are debuting in the film while Akshaye Khanna plays the lead role along with other cast of the film. 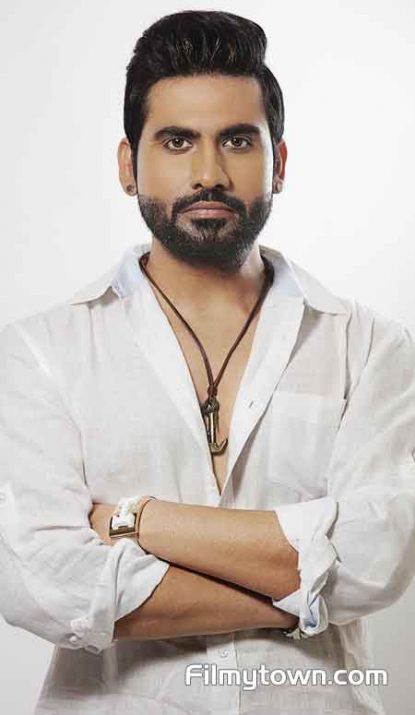 Harshit’s beginning in Bollywood industry is traced from his times of being the finalist of many singing reality shows like the Colgate Max Fresh Antakshari, Clinic All Clear Jo Jeeta Wohi Superstar, Amul Music ka Maha Muqabla among others. Harshit is a Physiotherapist by education turned into a musician-singer as a passion.

An ordinary man playing extraordinary innings in life, yes that’s the tale of this young lad rooted to a common simple family in Lucknow, now ensconced in the filmy town of India.

The mood and the enigma of the Emraan Hashmi starrer song “Hale Dil” has mesmerized the listeners. His song ‘Hale dil’ was nominated in every prestigious awards that year and he bagged the Best upcoming Music Director in Mirchi Music Award for the same.