While the world is fire fighting against the Corona Virus pandemic, Bollywood’s most popular and acclaimed PRO Raju Kariya took the opportunity to utilize this lock-down period to formulate strategies to create a blast in the Mumbai’s filmy town with an announcement of not one or two – but 15 films!

That’s Raju Kariya 2.0 after having fully recovered from a medical surgery.

No wonder Raju Kariya has been recently felicitated with the Best Bollywood PR of the Millennium by the World Book of Records recognition of his achievement of handling the Public Relations of Bollywood films ranging from the era of Raj Kapoor, Dev Anand and the likes to the current generation of filmmakers.

It is the curfew like situation imposed across the length and breadth of the country which is battling against the threat of the Corona Virus and the efforts of numerous people who have risked their own lives to protect the lives of over 130 Crore Indians.

Isn’t it generally believed that most of the innovative ideas germinate in such testing times of distress?

“It is heartening to see Covid19 warriors like the man on the streets and even the Corporate heads like Ratan Tata, Azim Premji with the Bollywood too, not remaining far behind, with Amitabh Bachchan, Salman Khan, Akshay Kumar and Aamir Khan, each of them putting in whatever best they could?” mentioned Raju Kariya.

What is completely different at this time is that millions of small traders to the technicians are staring at a bleak future of our economy and the future of Bollywood in particular. The situation has never been so bad ever in the Indian history that lakhs of technicians, junior artistes and all the others of the filmy industry are worried about their future, work opportunities and whether they would be able to sustain their families? This is the reality they are facing with having no work on hand for the longest lock down period ever seen in ours and their lifetime.

On witnessing the plight of his industry professionals, senior Bollywood PRO Raju Kariya has devised an innovative and realistic strategy along with his friends (film producers) with whom he has been in touch with since several years.

“We are waiting for the lock down to be lifted and we have lined up a string of films which are just ready to be launched. I have tied up with BJP leader Ranjeet Sharma of ‘Bambai can dance Saala’, Harish Sapkale who has made films with Ajay Devgn, Raveena Tandan and Amrish Puri, Sandeep Shinde the man behind the release of ‘Afsar Jis Desh Mein Ganga Rehta Hai’, Hadh and Arshad Siddiqui of ‘Ek Tera Saath’ and Sunny Kapoor who is a well known personality in the films and television industry. We shall bring back the days of glory in Bollywood,” reveals Kariya who is just waiting for the Lock-down to be lifted. 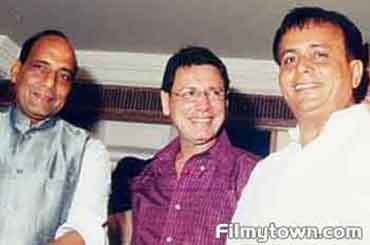 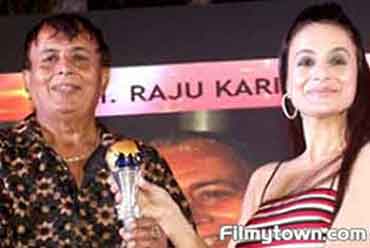 Leading the pack who are set to be Game Changers in Bollywood is Hyder Kazmi who has announced his interest of taking up the distribution rights for the Electronic and Digital medium of budding and creative filmmakers.

Kariya leads the pack of ‘Magnificent Seven’ comprising of seven filmmakers who are all set to hit the floors with their newly launched films immediately once the Covid19 lock-down is lifted.

Sandeep Shinde is all set to announce 5 projects comprising of Bollywood films, Marathi films and a Web Series under the banner of his Corporate House Shlok & Smit Corporation.

Harish Sakpal is announcing his maiden venture, award winning filmmaker Hyder Kazmi is announcing his next film coupled with his entry into the OTT Platform with a web series, while Naveen Tak, Ranjeet Sharma and Arshad Siddiqui have a couple of films each which will be shot simultaneously. Producer Sharif Zuberi is announcing his next with Satish Tandon is ready with exciting announcement of his upcoming film,” mentioned Ayub Khan who is a Media professional and has teamed up with Raju Kariya for all their upcoming ventures.

This Magnificent 7 is aggressively pitching to move ahead with catching up with the lost time period of over 2 months lock-down.

Will Raju Kariya repeat his unparalleled feat of announcing Mahurats of 15 films on a single day which he accomplished on 31 December 1988? Watch out for further updates on these pages.

In in endeavor for supporting Hope Beyond Borders...
Latest News Top Stories

It is the prime objective of a Non...
Features Latest News Lifestyle

In our spare time in-between the shoots of...
Features

If there is depth in the character, then I select it – Ariah Agarwal

There is a difference between being funny and offending your audience: Rohit Gupta

Rohit Gupta is a content creator by himself...
Television / OTT

Have fun while you work! As people say...
Beauty Features Latest News

I discovered the romantic shade in me while doing Bechainiyan: Romil Chaudhary