‘Mehndi Hai Rachne Wali’ (a hit show from Star Plus), ‘Three Half Bottles’ (Zee 5) and famous Telugu feature film ‘Pelli Kuturu Party’ fame Sai Ketan Rao stated that his upcoming televsion show is a story spinning in Amritsar, Punjab and has a love- revenge drama in which he is playing the role of the main lead character named ‘Raunak Reddy’ who is having two cultures with him where one half that is of Delhi and another half is of Hyderabad.

The show is been shot in Mumbai and Amritsar with the shooting having begun in the third week of December. He will be seen sharing the screen space with actor Amandeep Sidhu.

Sai Ketan Rao was approached for this show in the month of August by Sandip Sikchand, the creative producer of the show. The show is produced by Sol Productions. The mockshoot for this show went on for a month and since it was a very difficult task, Sai Ketan Rao had to really work very hard to grab this main lead role. ” I cannot disclose much about my character currently as I cannot give away the suspense, but I assure my fans that it will be a great treat to the eyes of the audience to watch this love-revenge drama” said Sai Ketan Rao who plays the lead character. 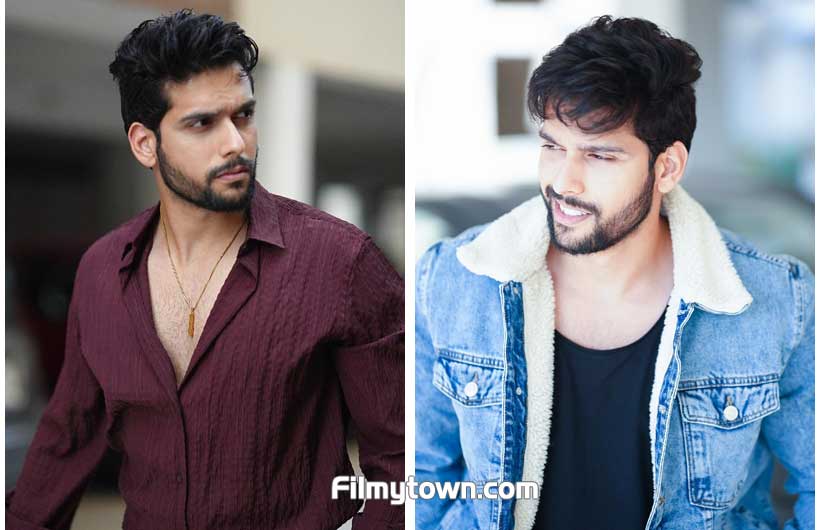 “I am enjoying shooting for the show though it is a new working environment, but it is always a pleasure to work with a new team as it helps an individual to develop better acting skills,” revealed Rao who aspires to do various other platform works like films, web series in regional languages and foreign languages other than the television shows. This will be a great exposure for the actor and he wishes to also work in Hindi and Tamil films.The actor even wants to work in Telugu films as he has love for both Bollywood and Tollywood.

An early riser, a fitness freak and inspite of having a tight shooting schedule of nearly 12 – 13 hours, Sai Ketan Rao does remove time for his fitness regime.

When we asked Rao about his love for acting he recollected as he had worked for an Australian Company after completing his education but he had passion for acting since childhood.This helped him to bag the role in the serial ‘Agni Sakshi’ as his debut.

He started his acting career after the completion of theatre arts and worked on short films and feature films. Rao also has a film production company by the name of Aurum Motion Pictures.

KULSWAMINI – Marathi film is a Devotional Ode to Devi Mahalaxmi of Kolhapur, to release on 11 Nov

Those with a devotional interest can now watch...
Latest News Television / OTT

Payal Ghosh to Celebrate her birthday with orphanage kids this year

IFFI 2022 in its 53rd edition of the...
Features Film Festivals Latest News

The emergence of OTT platforms have changed the...
Latest News Top Stories

Bizarre are the rules in the filmy world!...
Features Latest News