American Actress Jo Sharma (Jyotsna) is the Heroine of the Narmada movie and acting in the title role NARMADA the movie’s shoot that was launched with pooja ceremony on April 13th held in Film Chamber of Commerce in Hyderabad.

Narmada Movie’s shoot commenced in collaboration with Gemini Studios that has completed 75 years in Industry and is produced under Soumika B Samhit’s banner. Producer and Secretary of TFPC (Telugu Film Producers Council) Mohan Vadlapatla presents Narmada movie and it is bank rolled by both producers MRC Vadlapatla and Alla Raghava, and directed by Subhaakar.

The Muhurtam’s first shot was clapped by Producer Mohan Vadlapatla, acted by heroine Jo Sharma (Jyotsna) and it was directed by Renowed Film Director Muppalaneni Shiva. Actor Kadambar Kiran switched on the camera.

During Narmada movie producer MRC Vadlapatla’s speech he mentioned that he liked the story that director discussed and collaborated with Alla Raghava and Gemini to produce this movie as a big venture. He is impressed with Jo Sharma (Jyotsna) acting skills and how confident she is facing camera and dialogue delivery, and gave an opportunity to be the heroine of the Narmada movie. Jo Sharma has already acted in movies, having experience in acting and dancing in America. She lives in San Francisco USA and has won Miss USA International 2019. 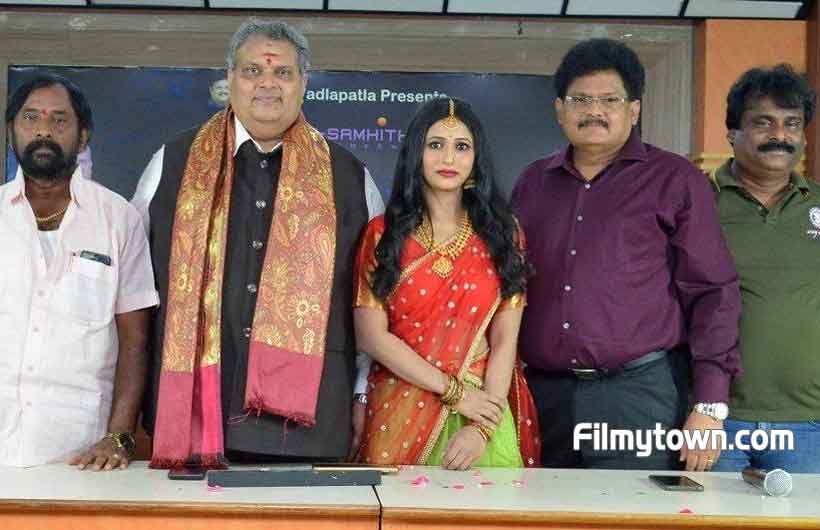 Producer further added in his speech that this movie story is about Narmada a village girl striving to face the atrocities in her village. In order to face the challenges, she will determine to become a big personality to raise her status value to fight through issues in her village and she becomes a movie star. How will she solve all problems facing in her village? is the story of Narmada.